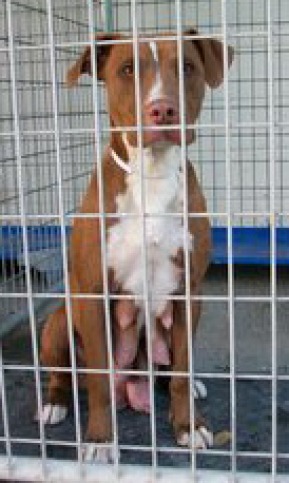 "I don't have the money for spaying or neutering."

"I want my children to witness the miracle of birth."

"I'm careful to make sure she doesn't mate when she's out."

"I thought I would make some easy money selling the puppies"

"I just couldn't take away Rover's manhood like that."

"I just haven't got around to it" 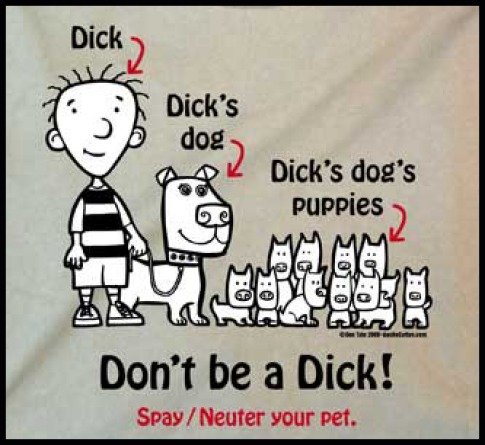 8 Million dogs and cats enter shelters in the U.S. each year.
More than 1/2 won't make it out alive
“In this country tax-payers spend $1 billion dollars annually to pick up, house, and euthanize homeless animals. If only 5% of that total were allocated to spay/neuter programs, we could open 250 public, low-cost spay/neuter clinics across the country and sterilize more than $4 million animals each year.”–ryannewmanfoundation.org/news
Some people think it is cruel and unnatural to neuter a dog, but it is far crueler to have to kill his puppies because no one can take care of them.

Millions pets enter animal shelters every year. More than half of pets in these shelters are euthanized because shelters are overcrowded and pets cannot be placed in homes.  Your puppies and kittens could end up euthanized or suffering in the streets, or end up in these shelters.
You can reduce these numbers by Spaying and Neutering your family pets. We must stop our friends and families from having their family pet have litters.  If people would only see where their puppy's puppies sadly end up.

As difficult as it is to do, healthy, playful, good-natured dogs, cats puppies and kittens are put down at an alarming rate.  Shelters can't save and support the huge number of accidental litters, strays and family pets brought to the shelter door everyday.

Over its lifetime, a female animal that is not fixed can have over 100 babies and male animals can literally father thousands.

There is no such thing as responsible breeding.  Did you know that approximately 25% of dogs taken to animal shelters are purebred?  All breeders, whether they are so-called "responsible" breeders, puppy mills or your neighbors next door, contribute to what has become an overwhelming overpopulation problem.

On average if you combined LA County Shelters, almost 200 Dogs are euthanized every day.

Thank you for everything you do for animals, and remember - never breed or buy animals.    Adopt, don't shop.

Strong laws and penalties
Firing of the current L.A. Officals Marcia Mayeda and Breda Baranett
who are getting paid $200,000
while the rescuers who are volunteering their time do all the work.
Stopping all puppy mills
Strong restriction and higher fees to all breeders
stop craigslist and gaster breeder with higher pentalies and fees possible jail time