Days of Our Lives
Our Little Super Star 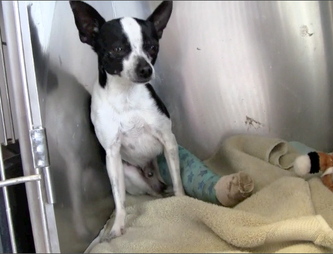 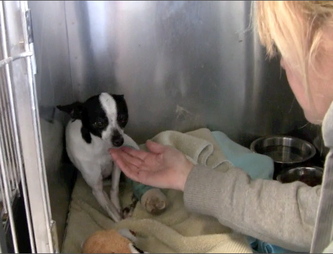 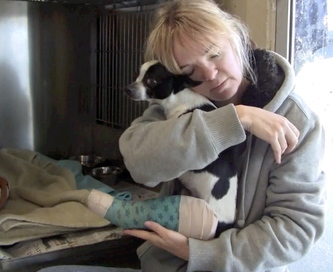 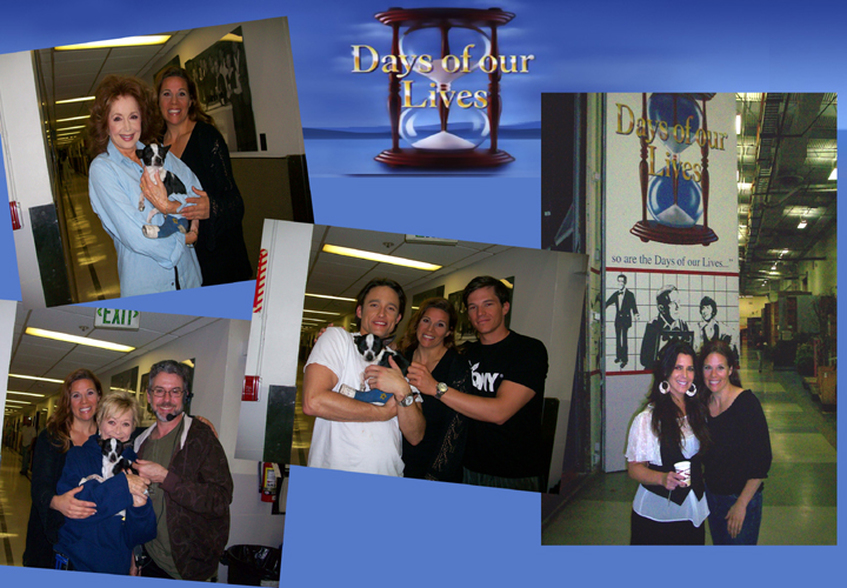 ...and they all lived happily ever after 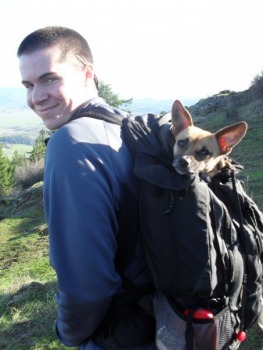 Thank you for saving this little guy's life

From a high Kill shelter to hiking in Oregon

Here's a photo from one of the kids who took Petey up Spencer's Butte. That tired him out, so he hitched a ride on the way back down. 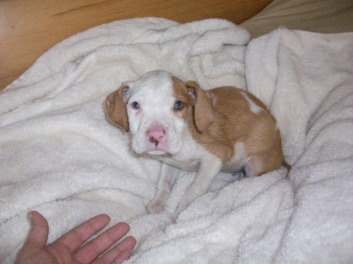 He along with his brother and sister were rescued from South Central.  Where gangs use these dogs for fighting or bait to get the fighting dogs all crazy before a fight.  They were in a litter of 8 and the Mother died (?) so she was not able to nurse them or keep them warm.  So 4 puppies froze to death.  The guy wanted to keep one for ...???  They convinced him to at least give us 3 puppies. 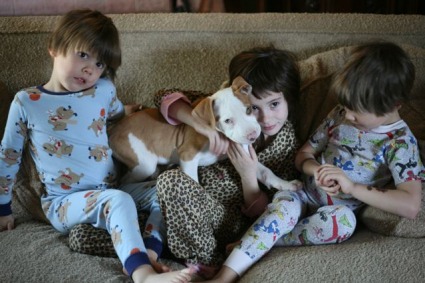 When Veronica picked them up they were terribly malnurished and frightened.  "It doesn't take long for puppies to realize they are safe.  I fattened them up, gave them lots of love and they happily got adopted out to loving families. Nice, safe, warm, with belly's full, tummy rubs, and lots of kiss.  Spoiled like puppies should be". 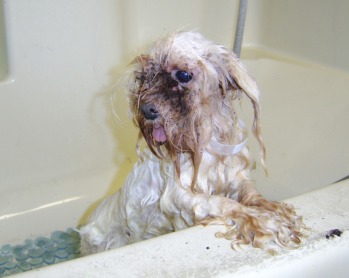 This little dog was dumped off at the county shelter after the owners had him for 13 years.  Missy a volunteer fell in love with this baby and would not give up on him.  He was so tiny, Missy asked if she could at least take him home to foster.

One day there was a Mother and Daughter who sadly just lost their dog.  They were so sad they wanted to save another dogs life.  They were looking at all the county shelters and came across this sweet little dog, so they called to see if he was available.  The county clerk could not find this little dog so the clerk said he must be already adopted. 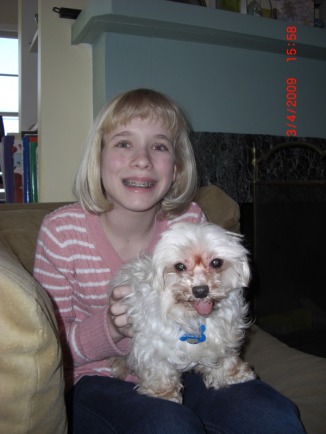 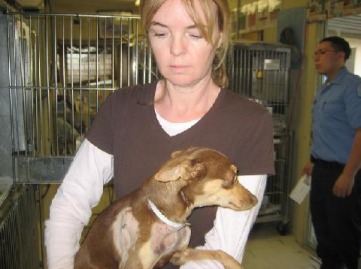 The Bullet Went
Right Through His Chest

We were at the shelter temperament testing dogs for our upcoming transport rescue and came across this sweet little boy that was shot.  The bullet went right through his chest just past his heart and out the other end.  We networked this little boy and many people even stepped up and donated funds to help with his vet bills. 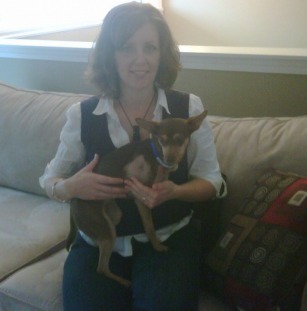 Trigger,
​is now happily living in Canada.  Safe and protected in his new Mommy's loving arms. 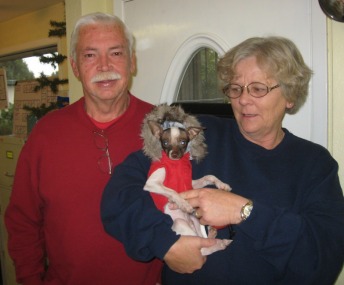 This was a really sick little baby.  Look how happy he is!  I just wanted you to see another happy ending for Pee Wee. 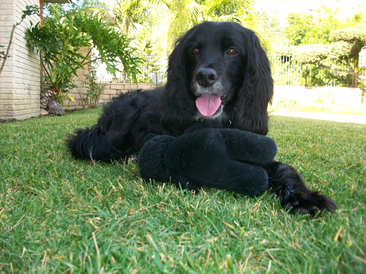 The vet said Marshall must have been kept in a small crate for a very long time because he was so thin and lost all his muscle mass.  There was also bigger hurdle we had to over come.  Marshall was deaf. "We had to learn a new way of communicating".  He came to Veronica's home pretty scared, not even knowing what affection was.  By the last days with Veronica, "I  got cuddles and kisses in the morning and he would he stretched across her as they watched TV".  One day someone came over to see if Marshall could be a part of their family.  Bob was  looking for a companion for his father Tom.  Everything went well - Marshall played ball nicely with all the other dogs.  They decided to give it a try. 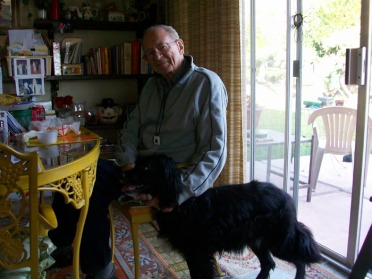 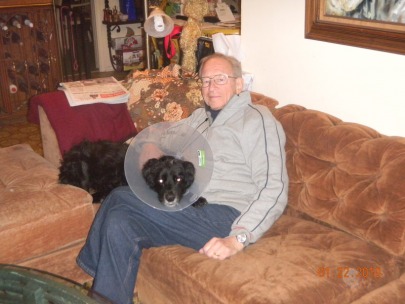 We received an email from Bob: Tom (his Dad) passed away 2/26/10 at home in his favorite spot with his best friend by his side.  He was just tired and was ready to go. He was a great man and is missed by all. We believe that Tiger has been through this before by the way he reacted, just laid by his side. 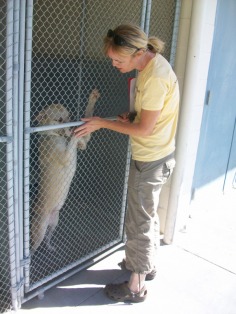 Pit Bulls pay the price with their lives

The majority of dogs dumped off at the LA county shelters are Pit bulls.  Most owners are not taking on the responsibility of spaying and neutering and the dogs have to pay the price with their lives.   We find some of the dogs tied up to trees with huge over sized chains and locks with no food or water.  In LA there is a no chain law.  Yet we see people still mistreating these dogs with such disregard.  Especially pit bulls.  Pit bulls in the early 1900's were raised to be baby sitters while the parents went out.  Yes, these dogs were taught to watch the children in the nursery.  This loyal trait has been abused with dog fighting.  We as a community have to put an end to this brutal, cruel and cowardly act.   We need to vote for stronger laws and stronger penalties against all Dog Fighting.  Zero Tolerance 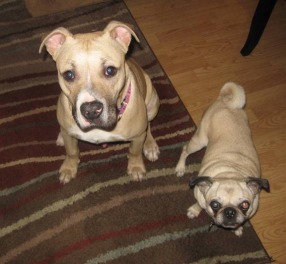 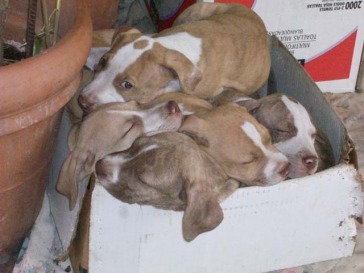 Rescued from a dumpster

All 7 of these babies were found in a dumpster in South Central.  Flea infested, and frightened. Tina, Nicole Collins and Veronica were asked by Karma Rescue  if we wanted to foster them.  Of course we did. 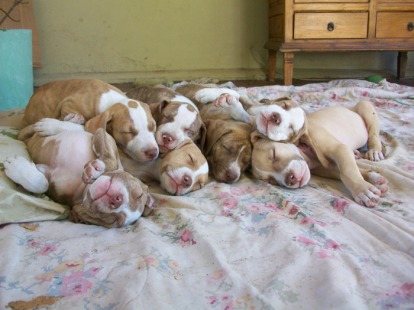 When they got old enough, fat enough and healthy enough, the pups were all adopted out by loving families.  We still keep in touch with photos updates.   We even had a one year reunion.  "This makes all the sadness worth it".


"When you Foster a baby there is a forever bond you have.  Even when you have to give them up.  I think Foster Mommies  should be called God Mommies" 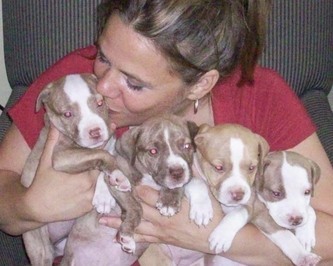 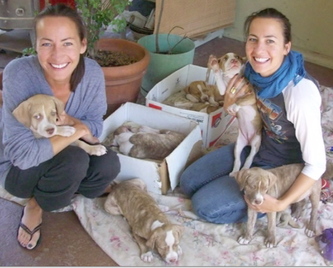 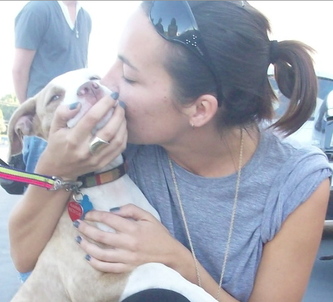 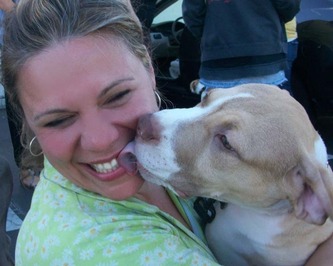 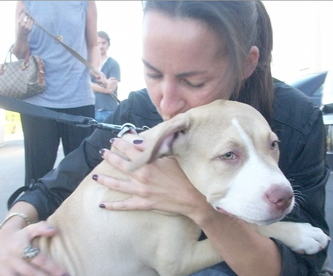 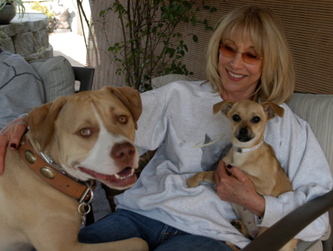 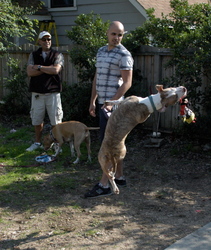 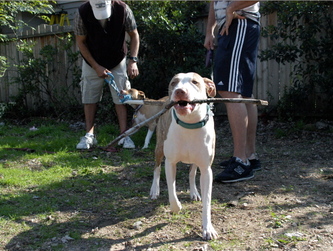 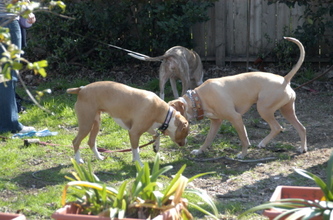 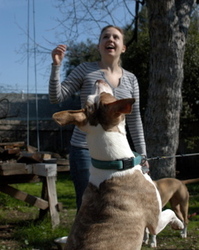 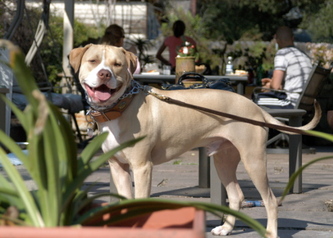